Romania has good “products” but they won’t sell by themselves 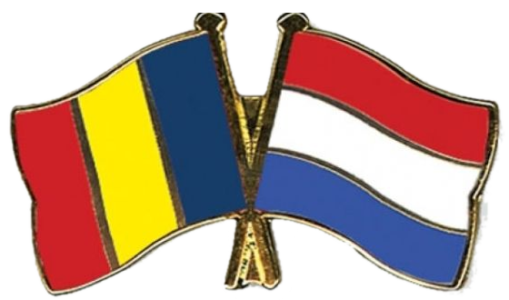 Posted by: Alina Grigoras Butu in EXCLUSIVE, POLITICS, TOP NEWS February 6, 2015 Comments Off on Exclusive interview with Ben Jager: Romania has good “products” but they won’t sell by themselves

Romania’s Honorary Consul in The Netherlands, Mr. BEN JAGER told “The Romania Journal” about his task to connect Romanian and Dutch interests. He sees Romania on the right track, with great potential in tourism and agriculture, yet he considers there is still work to be done when it comes to fighting corruption.

As Executive President of the Dutch Romanian Network, Mr.Jager talks about this year’s main target to support Romanian companies to invest in or to export to the Netherlands.

Mr. Jager is also familiar with Romania’s traditions and travel destinations, telling us where he learnt to make “tuica”, a traditional Romanian liquor.

You have been an old champion of promoting Romanian-Dutch relationship. How would you assess Romania now in early 2015? Is there any difference compared to, let’s say, five, ten years ago?

To form an objective opinion and to understand the situation of Romania it is absolutely necessary to be informed about recent history of Romania before 1989. If you look over a period of ten years, the developments sometimes look like the Whitsun procession in Echternach (Luxembourg) where the pilgrims take three steps forward and two steps back. In a sense Romania was and is always on the right track. Especially the results in economic and financial fields were positive. From the financial point of view Romania has one of the best Presidents of the National Banks (Mugur Isarescu) and that can be important for prospective participation to the Eurozone.

What would be Romania’s greatest progress, achievement during all this time and what would be its millstone?

Important was Romania’s entry in 2007 to the EU and in my humble opinion it was the international reputation of the former Prime Minister Calin Popescu Tariceanu who has a big influence on the positive decision of the member states of the EU.I understand the frustration of the Romanians about the unjust relation between the Schengen Agreement and the Cooperation and Verification Mechanism, because it was an incredible decision of the Dutch government and some other countries to changes rules during the game.  The last decennium had shown the model of a semi-presidential republic not working for Romania and had a negative influence on the reforms and political decision making. You can’t have two captains on one ship.  It is recommendable to restart a discussion about this constitutional aspect. In this scope I would like to refer to the studies Constitutional Law of 2 EU member states: Romania and Bulgaria by Prof. Fleuren from the Radboud University Nijmegen (the Netherlands) and the recent reports of the so called Venice Commission about regulating the form of government and the vague situation about the powers of the president and the prime minister.

What do you think about the anti-corruption campaign undergoing in Romania for the past year or so, all these arrests in all sectors, politics, justice, sports? Do you think it is a rude awakening or there are interests behind it?

Generally spoken I am very positive about the anti-corruption campaign! Of course there is still a lot of work to do. A negative development was (and is) the law containing multiple amendments to the Penal Code, which would grant „super-immunity” to MPs and the president, as they would be taken out of the „public servant” category stipulated in the Code. Moreover, the amendments would protect politicians from the investigation of bodies of anti-corruption struggle (National Anticorruption Directorate, National Integrity Agency) and would remove the conflict of interest from the list of misdemeanours (see also the recent MCV report).For the last 5 years there is a political instability and every political party (without any exception) is responsible for this situation. For example: In 2011 the Port of Constanta and the Port of Rotterdam in the presence of the Romanian and Dutch Ministers of Transport signed a Memorandum of Understanding to develop the Port of Constanta. Until now nothing happened, because Romania had in three years, 7 different Ministers of Transport and everybody knows how important the Port of Constanta is for the economy of Romania.

You are a fervent follower of the Romanian politics scene. Judging by all movements and games behind the curtain, do you think political ideology is still standing in Romania or it has been long forgotten?

I am pragmatically and thus not a supporter of political ideologies. Liberalism and socialism are both a part of the truth and they cannot claim the whole truth; left and right are outmoded views. Not the state and not the market should be the ‘leitmotif’, but the citizens of Romania. More important than the political ideology is the political reliability to create a wider support by the Romanian citizens and the foreign investors. For example: Prime Minister Ponta promised to pay a very old bill (2005/2006) for the Rostok Wreck Removal to a consortium of companies from The Netherlands, US and Romania), but until now nothing happens.

Tell us a little bit about the Dutch Romanian Network. What would be its main ‘work done’ in the previous years and what challenges are still ahead? What are the main targets of the platform in 2015?

The Dutch Romanian Network is an idealistic non-profit organization with unpaid board members and the general target is to promote the bilateral (economical) relations between Romania and Netherlands vice versa. One of the main targets for 2015 is to support Romanian companies to invest in or to export to our country. In this case we would like to work together with the embassies and private organizations in Romania. Shortly, to create a matchmaking of interests between our countries. In this scope it is necessary to improve the image of Romania in The Netherlands and therefore we support activities on the fields of tourism and culture. In this case we are dependent of the support of the Romanian departments. Romania has good “products”, but they should not make the logical error that a good “product” will sell by itself.

The Netherlands ranks first on foreign investments in Romania. What are the most profitable sectors for the Dutch investors in our country? Do you think it is room for more Dutch investments here? What would be other fields of interest on the Romanian market that are still to prospect?

The (transport) logistics and the ICT sector are the most profitable sectors. Other important sectors are the sectors water management and energy.

Have you managed to visit Romania? What travel destination did you favor the most?

Of course I have managed a lot of (private) visits to Romania. My favourite destinations are the Carpathians and visiting old cities like Sibiu, Sighisoara and Brasov. Number one is on a farm in the Parang mountains in the small town called Satul Radosi (comuna Crasna, near Novaci). They taught me how to make tuica. Bucharest is only the (dynamic) capital of Romania. Outside of the capital starts Romania and therefore I know that Romania is a very interesting country to discover.

What do you think it would be Romania’s greatest potential?

I am absolutely convinced that the Romanian agriculture has the greatest potential and can be the most important sector for the Romanian economy. But there are a lot of problems to be solved so as the land register, irrigation (for example the desert south of Craiova), cooperation between farmers, land consolidation, etc.

Last but not least, still after 25 years, I am proud to represent your country in the Netherlands.